A Healthy EU for the future: building the European Health Union 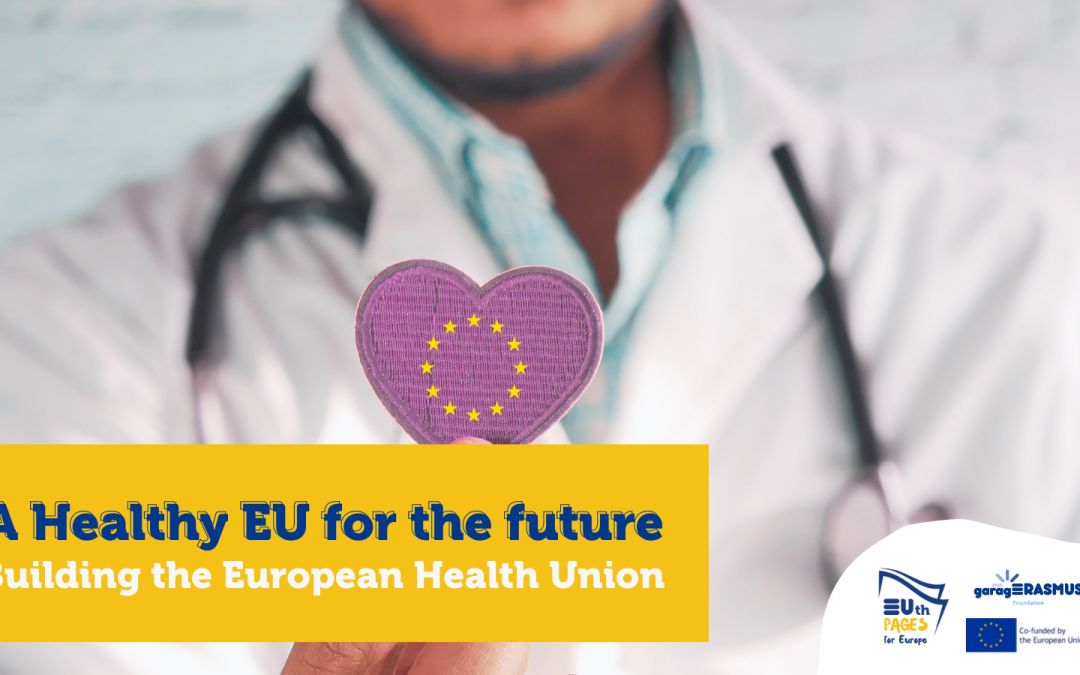 In the 2020 State of the Union address, the European Commission President Ursula von der Leyen announced the necessity to establish an European Health Union.

In her own words, “For me, it is crystal clear – we need to build a stronger European Health Union. And to start making this a reality, we must now draw the first lessons from the health crisis. […] It is clearer than ever that we must discuss the question of health competences. And I think this is a noble and urgent task for the Conference on the Future of Europe”.

Again, the pandemic has taught Europe another lesson. It has shown the importance of coordination among EU countries to protect people’s health, both during a crisis and in normal times, invest in strong health systems and train the healthcare workforce. This is also a priority for EU citizens. According to a recent survey carried out by the Eurobarometer, 66% of citizens want more EU responsibility in health crises.

Having said so, what is the European Health Union?

The European Health Union is a new program developed by the European Commission aiming at improving EU-level protection, prevention, preparedness and response against human health hazards.

In particular, the Health Union will:
🛡️ Better protect the health of our citizens
🦠 Equip the EU and its Member States to better prevent future pandemics
💪 Improve resilience of Europe’s health systems

In its first proposal on a European Health Union, the Commission focused on crisis preparedness and response measures, such as strengthening coordination at EU-level when facing cross-border health threats, and revising the mandates of the European Centre for Disease Prevention and Control and of the European Medicines Agency to provide stronger surveillance, scientific analysis and guidance before and during a crisis.

In addition, the Commission launched  a new European Health Emergency Preparedness and Response Authority (HERA) for health emergencies to develop, produce and procure medical countermeasures before and during a health crisis. It aims at improving EU health security coordination before and during crises; developing, producing, procuring, stockpiling and equitably distributing medical countermeasures; and reinforcing the global health emergency response architecture.

Once again, the pandemic is forcing Member States to strengthen the ties among each other for a stronger EU integration.