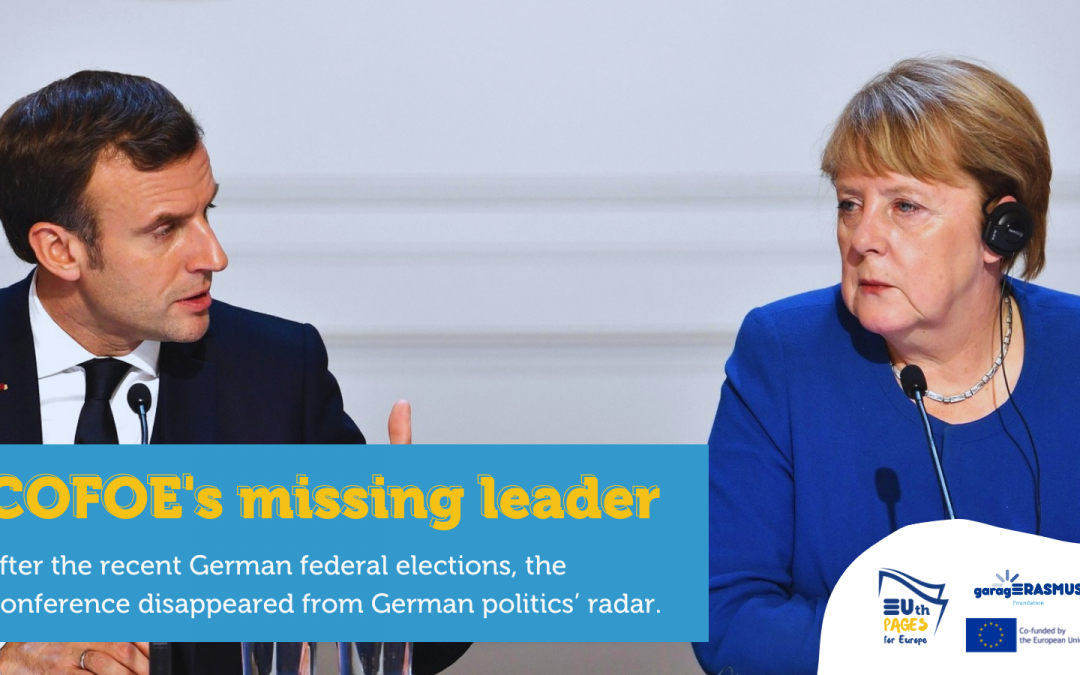 The Conference on the Future of Europe (COFOE) has finally arrived at its third panel. Environment, climate and health were among the key topics in the debate between citizens and experts in Strasbourg’s plenary sessions. It seems that Europeans are more ambitious than EU leaders regarding the process of European integration: they discussed the abolition of unanimity in the Council and the shifting of some competences, transferring more competences at European level.

Where does the Germany stand? As many previous EU initiatives have shown, Germany and France are essential in order to achieve the best result. While France and its President, Emmanuel Macron, are strong supporters of the Conference, the same cannot be said about Germany.

After the recent German federal elections, the CofoE disappeared from German politics’ radar. The political and media attention has been completely absorbed by the elections and by the process of forming a new federal government after 16 years of Angela Merkel. Therefore, the risk that the Conference will lose its strength also at European level is very high: without the German leadership, the EU Head of States and Governments will not pay enough attention to the Conference.

Merkel’s departure as Chancellor is a big loss. Over the past years, Merkel Chancellery had a crucial role in the European debate. From the migrants’ crisis to the EU Recovery Plan, each recent milestone towards a deeper European integration has been placed thanks to Merkel’s charisma. Together with President Macron, Merkel has been one of the few EU leaders stressing on CofoE’s importance. Indeed, according to the two leaders the Conference should have been considered as an opportunity to make citizens the new actors of a renewed political debate. Now this opportunity is at risk.

The next German government will have to swiftly agree on concrete positions on fundamental issues and questions addressed during the Panels and on the Digital Platform. Having a new strong German Government will take time, but the Conference doesn’t have much time.