Engaging youngsters with the Conference on the Future of Europe: EUth Pages for Europe 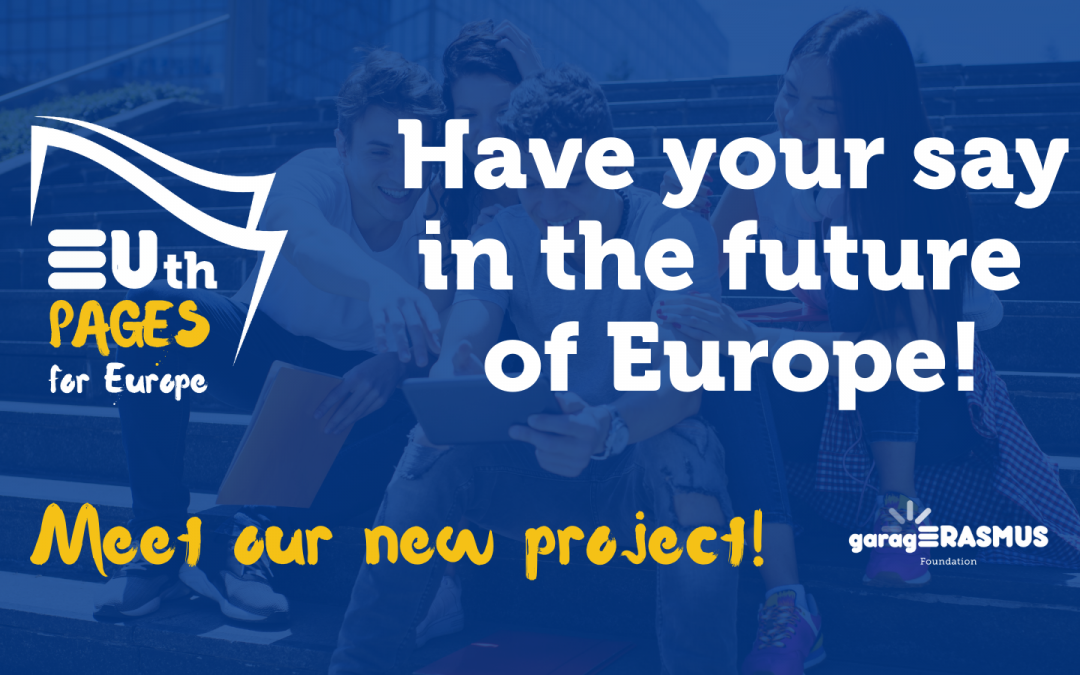 Co-funded by the European Parliament in the frame of the “Youth engagement on the Conference of the future of Europe” grant, EUth Pages for Europe will be developed in all the member states of the European Union and, together with public and private partners, it will develop a series of activities in order to make the Erasmus Generation have an impact on the Conference on the Future of Europe.

Its actions will aim at involving the international and local communities in the discussions about the most important challenges the European Union is facing. A particular attention will be given to the involvement of the peripheries and outskirts of the cities.

How will we carry it out?

During the upcoming months, garagErasmus will recruit one Ambassador4EUfuture for at least each European member state, and we will gather them all in an online training session on the Conference on the Future of Europe.

Hereafter, and until Winter 2022, ambassadors will organise a series of local events –whether they are physical or virtual- to discuss their priorities for the future of Europe, and also the way these contributions could be scaled up at the Youth Agoras level.

Once all the events are completed, garagErasmus will organise a major event including not only the Ambassadors but also university stakeholders (officers, professors), Ministries of Education, gE members and other relevant stakeholders in the field of youth. A publication including all the recommendations from participants will mark the end of the project right before the Conference on the Future of Europe.

Would you like to take part in the EUth Pages for Europe project? Click here to know more details about how you and/or your organization could be involved!

Don’t miss the opportunity to shape the future of the European Union!