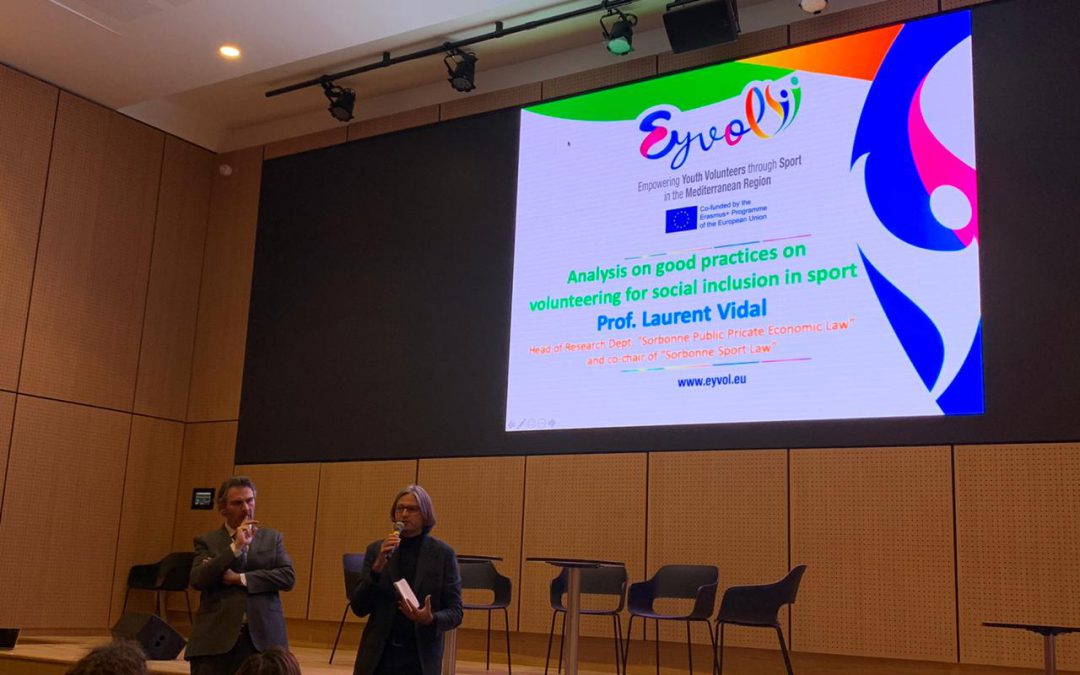 The First International Conference on Sport Volunteerism took place on 27 November 2019, at the Maison du Handball in Creteil (Paris), France.

The conference was organized within the framework of the ‘Empowering Youth Volunteers through Sport’ (EYVOL) project, a transnational and multi-sectoral initiative co-funded by the Erasmus+ programme of the European Union, involving partners from the Olympic Movement, the United Nations, Academia and civil society.

Representatives from organizations such as the International Labour Office (ILO), UNICEF, FIFA, The Inter-Ministerial Delegation from the 2024 Olympic and Paralympic Games,  The French Ministry of Sport, Special Olympics, the French Football Federation, alongside several National Olympic Committees, NGOs and associations took part in the conference as panellists and shared information on practices, policies and plans in recruitment, training and deployment of sport volunteers, in view of promoting future employability.

During the conference, Paris 1 Panthéon-Sorbonne University presented the ‘EYVOL Guide on Best Practices in Volunteering for Social Inclusion through Sport’, based on an initial analysis of 83 case studies gathered across the world from key organisations working with sport volunteers. The guide is a collection of volunteer sport experiences for the empowerment of youth at the grassroots, local, national, regional and international levels. Also during the opening speech, Dr. Constantinos Filis, Director, International Truce Centre said;
“Volunteerism is fundamental for social cohesion; it is a way of life. It inspires and unites people under a common cause which must not be motivated by sordid gain”

Laura Georges, General Secretary of the French Football Federation, highlighted during her intervention that:
“Volunteers are key in the organisation of a major sporting event.”

Giovanni di Cola, Special Advisor, International Labour Organisation, said:
“We need to develop a framework to improve volunteer soft skills and employability skills, conferences like this one give us a great opportunity to provide inputs on the subject’

Robert Wispelweij, Head of Workforce Management / Tournaments & Events Division, FIFA said:
“Very well organised conference with a valuable exchange between many professionals from different stakeholders within the sport volunteering world. Hope that this kind of discussions are just the beginning of what will become a global movement”.