Future of Europe (COFOE): young people also have their say! 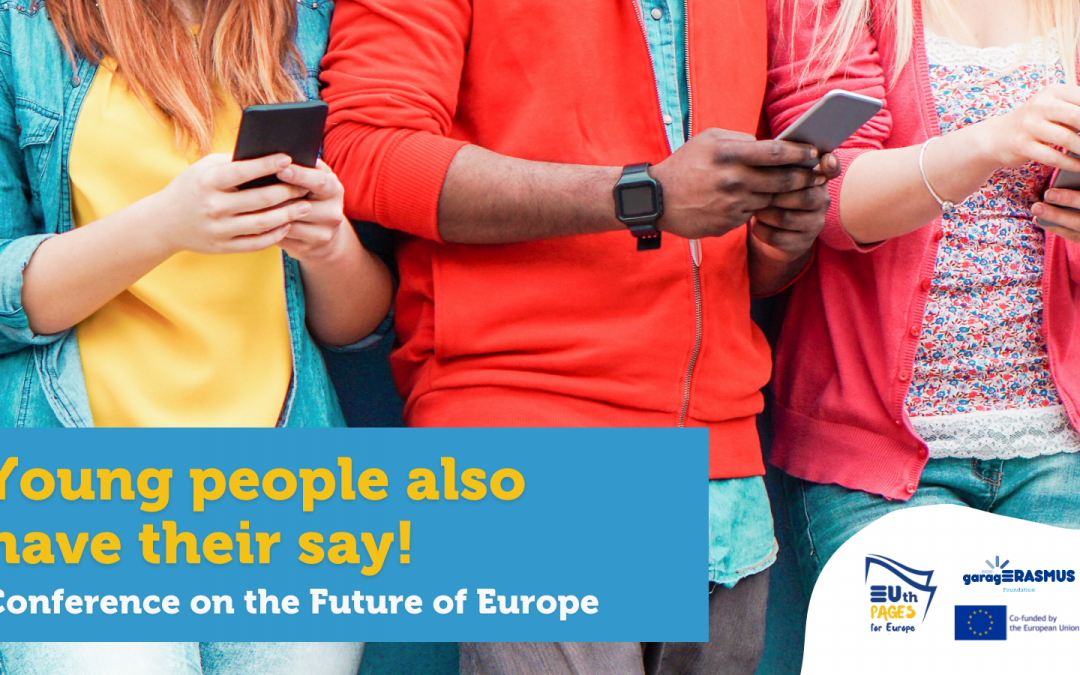 As a young person, you are invited to actively participate in the Conference on the Future of Europe, as the topics discussed will directly affect your interests as future European citizens. For example, key issues of the conference will include climate change and the environment, health, the economy, social justice and employment – all of which are undoubtedly issues of central concern to you as a young person hoping for a promising future in the EU. Thus, your voice is more important than ever to ensure that things move in the right direction (​​if you wish to take part in the conference, see the last point of this article)!

What about the Erasmus Generation in all this?

At garagErasmus, we have been listening to your voice for many years, which is why we have developed the EUth Pages for Europe events in the framework of this conference, with the support of the European Parliament. We strongly believe that the Erasmus Generation that you embody can have a real impact on this Conference and on the future of Europe in general. By giving you the possibility to access information (on your rights, the values of the EU, …) and by offering you the opportunity to express yourselves to make your claims and ideas heard, garagErasmus and the Erasmus + ambassadors of each European country contribute directly to the development of your commitment as a European citizen. Don’t miss our next events and make your voice heard!

The investigation and what was learned from it

A survey carried out last October and November in all the EU Member States by the Parliament and the Commission revealed, through the last Eurobarometer (which gives access to the data of the surveys since 1974), that:

What is the real involvement of Europeans in this Conference?

On the whole, Europeans are quite favourable to the fact of participating, in one way or another, in this Conference through various levels of involvement :

Nevertheless, there are many hopes that this Conference will lead to concrete results, which would further strengthen the interest in actively participating as European citizens.

Would you like to get involved and have your voice heard at the Conference on the Future of Europe ?