garagErasmus, in the front line to bring young people to the polls! 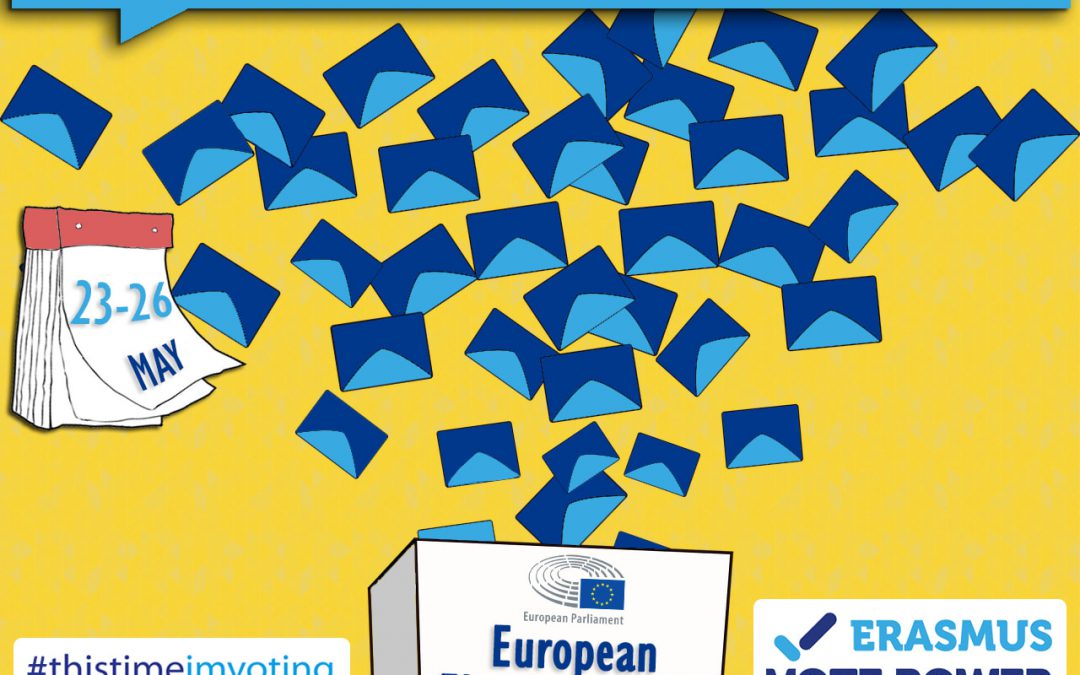 garagErasmus Foundation is quite satisfied about the results of the “Erasmus Vote Power: active citizens for an active Europe!” project. All in all, we organised 29 offline events all around Europe and an online campaign covering all the EU official languages. garagErasmus estimates that the project disseminated information about the elections to an estimated total of 20.000 people.

Erasmus Vote Power was aimed at motivating the Erasmus Generation to go to vote for the EU Elections 2019 and to explain the complicated procedures expats need to follow to cast their vote from the hosting country.  The EVP campaign reached Erasmus students & Alumni, workers and volunteers currently on mobility within the European Union to raise awareness of the European Elections 2019, motivate them to go voting and to help them understanding its procedures.

In order to do so, garagErasmus selected one Erasmus Ambassador from each EU member state and trained them during an eventat the European Parliament in Brussels last 8 February 2019. The discussions with representatives of the European Parliament, the European Commission and experts as well as the surprise letter by then-EP President Antonio Tajani were very stimulating and worked well as incentive for the events the ambassadors initiated around Europe.

garagErasmus assisted all the ambassadors organising events in the countries where they were for mobility with the help of our partner universities, local associations and foundation members.

Cornerstone of the project was a hand-out published in partnership with the Yvote platform containing all the information summarising how EU expats could vote in a given EU country and, inversely, how EU nationals of that country could vote in other EU countries. The document was distributed and explained at the 29 offline events –attended by around 750 people- and also promoted through social media platforms, newsletter and our members and partners.

After the election of the new European Parliament, in July 2019, garagErasmus addressed a letter to the newly elected members calling for initiatives to make it easier for EU expats to vote from outside their country and to harmonise national legislation related to the EU elections.

Since its foundation in 2013 garagErasmus has been especially active claming for the rights of Erasmus students, especially when it comes to voice their demands in the EU policy-making process.