Join the Democracy is Europe Grassroots Event in Tartu! 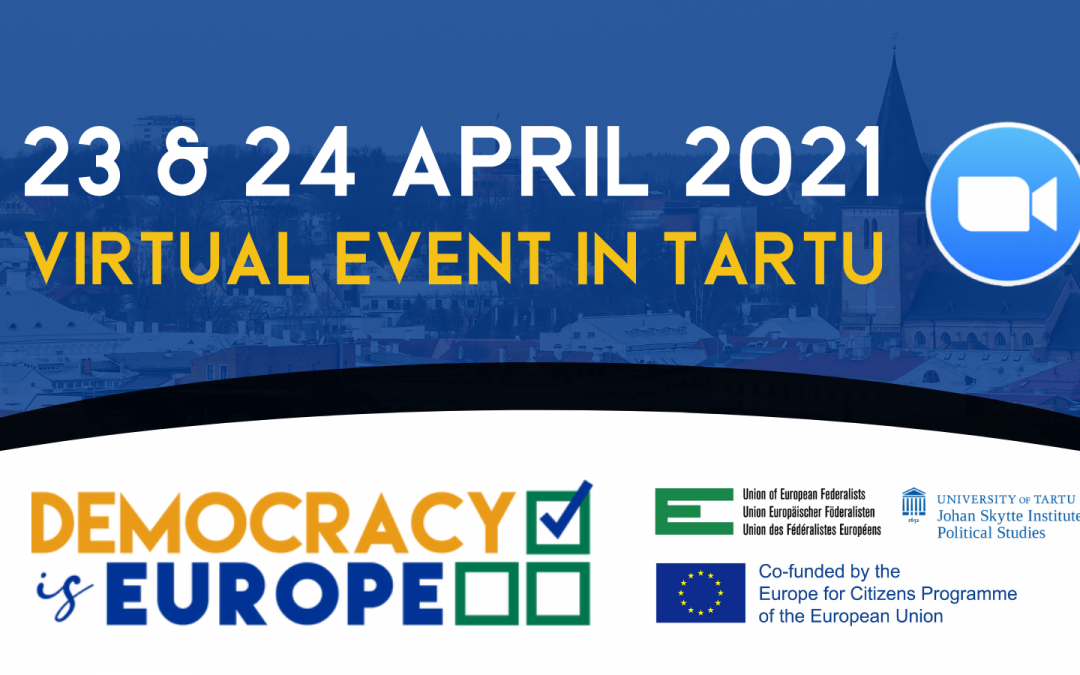 Locally managed by the Johan Skytte Institute of Political Studies of the University of Tartu, the Democracy is Europe grassroots event in Estonia will consist of two days of activities:

Given the ongoing health emergency related to the COVID-19 pandemic, the event will take place exclusively in remote mode.

Check out the full programme!
Register for the event!

Take part in the essay contest!

Within the Democracy is Europe project context, Union of European Federalists, and all its partners are launching an essay contest titled: The idea of Europe behind transition: 1989-1991.

Through this contest young students, aged from 18 to 25, have the chance to express their idea on the peaceful revolutions/transitions which characterised Eastern European countries between 1989 and 1991, investigating about the European ideals and principles which belonged to this period and how they reflect in these countries’ politics nowadays.

The conditions to participate are:

The final prize will be 250 euro to be used for books, online courses, cultural events (local or not), magazines, art items, and several European Union official gadgets which the awarded student will receive in July at the project closure. 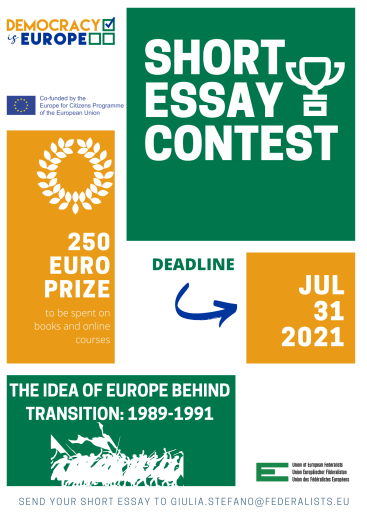