Join the Final Conference of the Democracy is Europe project (2-3 December)! 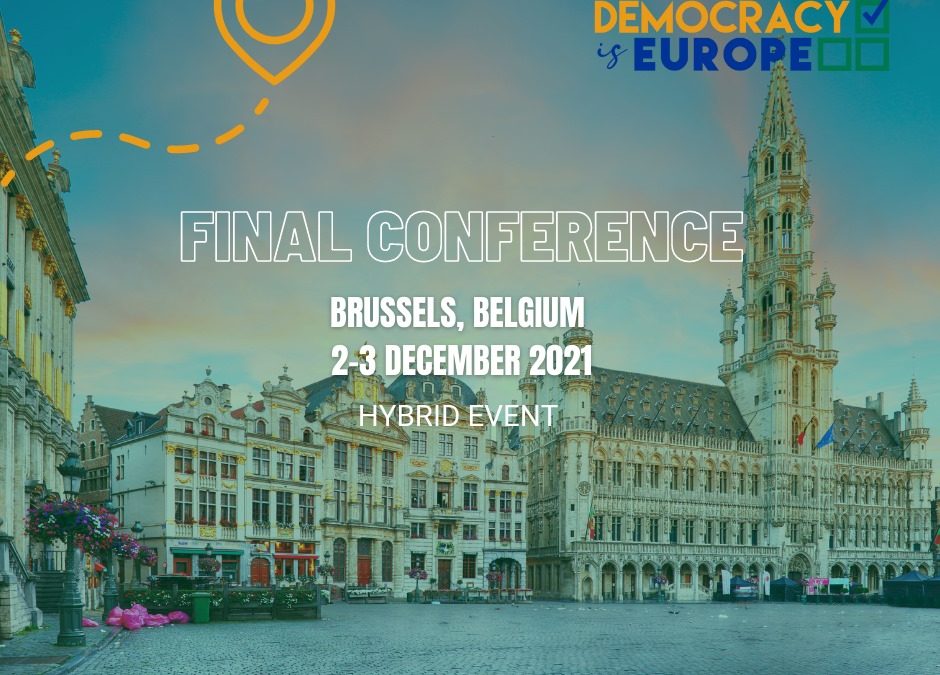 One year ago we embarked on our “Democracy is Europe: Remember to Revive” journey across the Baltics and Central and Eastern Europe. Two main ideas were behind this: on one hand, to raise awareness about the central role of European values in the revolutions of 1989-1991; on the other hand, to encourage a reflection on the future of Europe, European democracy and the Rule of Law.

After our online stops in Germany, Hungary, Lithuania, Estonia, and our physical ones in Gdańsk (PL) and Prague (CZ), UEF’s #DemocracyIsEurope project is coming to an end with our final conference in Brussels on 2-3 December 2021.

Brussels is the chosen scenario in which the project “democracy activators”, participants, stakeholders and researchers will present and discuss the outcomes of the project, commemorate membership in the EU of the aforementioned Member states, and advocate for further European integration based on the strengthening and protection of democracy and the Rule of Law.

The entire event will be held at Atelier29 – Rue Jacques de Lalaing 29, 1000 Brussels, or online – you can still REGISTER HERE. In the same framework, we remind you the ESSAY CONTEST, we will award the best students’ essay during the last day of the Conference with a 250 euro prize.

14.00 – 15.30 CET  The central role of European values in the revolutions of 1989-1991 and their state  of play today in Eastern and Central Europe: Presentation of the project outcomes

16:00 – 17:30  Defending and strengthening democracy in the EU: Article 7 of TFEU and Conditionality

17.30 CET – 19:00 CET Competition: #DemocracyIsEurope ideas for the future of Europe

9:30 – 11.00 CET European democracy in the Conference on the Future of Europe

14.00 – 15.30 CET  Training “Talking about the EU at the local level – How to organise events in the framework of the Conference on the Future of Europe”