Our Ambassadors, ready to kick off our events all around Europe!

by garagerasmus | Sep 2, 2021 | Conference on the Future of Europe, EUth Pages for Europe | 0 comments 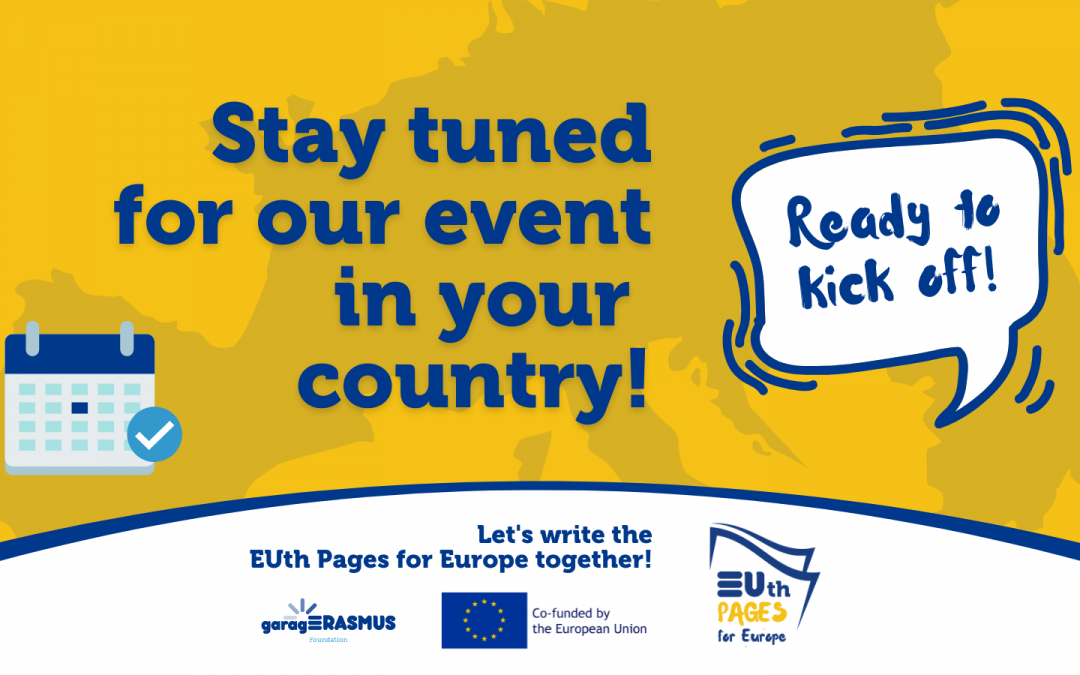 Our Ambassadors will do their best to involve the peripheries and the outskirts of the big cities and people who are not usually concerned about the debates on the Future of Europe, giving them the voice: our events will also follow a real bottom-up approach, with participants taking an active role.

Once all the grassroots events are completed, in March/April 2022, gE will organise an event presenting the results of the local events, followed by working group meetings on the different identified youth priorities.

Co-funded by the European Parliament, the “EUth Pages for Europe” project will develop a series of local & EU-wide activities to make the Erasmus Generation have an impact on the CoFoE. garagErasmus will assist young people (Ambassadors4EUFuture) from all over Europe to organise local debates to collect their opinions & expectations for the European Union in a publication, the EUth Pages for Europe, addressed to EU policy-makers.

How to get involved in the Conference?

garagErasmus is currently being involved in the institutional campaign for the Conference on the Future of Europe. We invite you to take part in the debates through the official platform of the Conference (futureu.europa.eu). Available in the 24 official languages of the European Union, it is the perfect environment for citizens to share ideas and send online submissions, which are being collected, analysed, monitored and published throughout the Conference.

The Youth Engagement Unit of the European Parliament released in May 2021 a similar platform (youthideas.eu) focusing on youth proposals.

The Conference on the Future of Europe: the most recent updates

The European Citizens’ Panels will convene in September and October 2021 to prepare their input to future plenary debates, including a set of recommendations for the EU institutions to follow-up on, based on citizens’ contributions collected via the Platform.

The Conference is committed to giving maximum space to young people and in this vein, preparations for the European Youth Event organised by the European Parliament on 8-9 October will also continue. The next Plenary session is scheduled for 22-23 October.

More about the EUth Pages for Europe project!