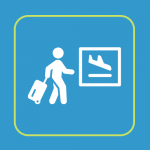 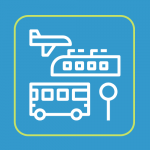 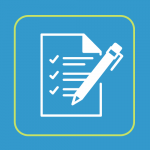 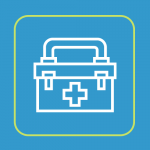 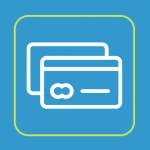 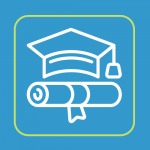 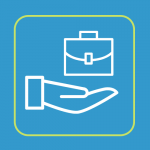 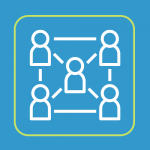 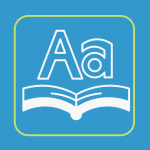 Hey, welcome to Paris! We hope this guide will help you find your way around and integrate more easily! 🙂 This guide belongs to you, make good use of it and do not hesitate to share it and talk about it around you!

We are garagErasmus, the professional network for Erasmus students and this guide you are about to discover is the result of the Handshake project we developed in partnership with the Fondation Hippocrene. We wanted to offer a useful and practical tool to all young (or not so young) people arriving in big cities such as Brussels, Paris and Milan. We know how difficult it is to find your way around and understand how things work, so we have tried to put together some information in these few pages that may be helpful for you in your integration into your new life.

You will find information on: how to get to Brussels, administrative procedures, employment and education, housing, health and medical assistance, etc. We invite you to visit the summary page to see which pages or parts of the guide you want to read, enjoy!

Pre-reading tip: If the websites listed in our guide are in French and you don’t know these languages, use the Google Chrome browser to visit the website and right-click: choose the option “translate into (the language of your choice)”.
If you have any comments to make, don’t hesitate to write to us at highereducation@garagerasmus.org.

The city of Paris is fairly well served by airports, with 3 in its vicinity:

Paris is also well served by trains and TGV which can come from most major French cities but also from other major European cities such as Brussels, Amsterdam, London, etc. We invite you to consult the trips and to buy your tickets online via the SNCF or Thalys websites.

It is well known that Paris is expensive and accommodation can be complicated if the budget does not follow. However, don’t panic: it’s not impossible to find something, but you may have to move away from the centre to find more affordable accommodation. However, even if some districts are more expensive than others, property prices in Paris are skyrocketing, so if you are on a tight budget, we advise you to look in the Paris suburbs

Be careful before signing any contract and never pay in advance without signing, if you are asked: run away, it is a scam!
The best thing to do is to ask to visit the place before signing or paying anything.

The metro is the easiest, fastest and most economical way to get around Paris. The network has 16 lines and almost 300 stations. The entrance is marked with a large yellow letter “M”.It starts every day – including public holidays – at around 6 am and ends at around 12.45 am (Sunday to Thursday) or 1.45 am (Friday and Saturday). The frequency of the metro service varies according to the time of day and the day of the week: during rush hour, the metro runs every 2 minutes.

Metro tickets cost €1.90 each (€18.60/16,90€ for a pack of 10) and can be purchased from vending machines in stations, tobacco shops or online on the RATP website : https://www.ratp.fr/en
Cardboard ticket packs of 10 are being phased out to be replaced by paperless tickets, more information on https://www.ratp.fr/en/titres-et-tarifs/arret-carnet-ticket

The bus is one of the best ways to discover Paris. There are many lines, many of which pass through the centre, along the banks of the Seine, through the historic districts…

64 bus lines cover and perfectly complement the metro. Buses run Monday to Saturday from 7 am to about 8.30 pm. Some lines operate in the evening between 8.30 pm and 12.30 am, in particular those that leave from stations or serve the major metro/RER hubs, as well as the 3 peripheral PC lines. Almost half of the lines operate on Sundays and public holidays.

The line number and direction are indicated at the front, above the driver’s cab, and on the sides of the bus. The driver must be signalled to stop the bus. At bus shelters, electronic signs indicate the waiting time before the next bus stop. Stops are presented as glass shelters or simple posts. They show the number of the lines serving the stop and the routes taken. They also display the timetable of the first and last bus, as well as the average frequency. Remember to validate your ticket or your pass when you get on the bus, this will save you trouble if you are stopped.

To request a stop, once on the bus, press the red buttons on the bus. The “arrêt demandé” signal light will then appear on the back of the driver’s cab.

Paris has 4 tramway lines that serve the periphery of the city: T1, T2, T3, and T4. Tram tickets are the same as those for the metro and RER in Paris.

These are regional trains departing from the main Parisian stations (Nord, Est, Lyon, Austerlitz, Montparnasse, Saint-Lazare). Tickets and passes are on sale at “Ile-de-France” ticket offices and automatic machines in stations and metro/RER stations. Free leaflets with timetables are available at station ticket offices. The suburban lines complement the RER network, with which they share many connections.

The RER network has 5 lines serving Paris and its region (Ile-de-France). Each line has a distinctive colour, which can be seen on RATP and SNCF signage and maps. Its service starts every day – including public holidays – at around 6 am and ends at around 12.45 am. RER tickets and fares are the same as those for the metro, provided you only travel within Paris. Beyond that, you need a ticket or pass, the price of which covers the journey to your destination in the Ile-de-France region. If your RER station is connected to the metro, you can make a connection with the same ticket.

Several companies making scooters available to the general public all over the city, with rates per minute varying according to the company (note that you have to download the application to be able to unlock and use them). This transport is easy and convenient to use although care must be taken as accidents can happen quickly!

Paris has a self-service bicycle system in place: the Vélib’. It is easy to use. The system works on the principle of “renting”: you “rent” a bike for a certain period of time, for your journeys in the capital. Of course, for regular users, subscription packages are available: basic subscription costs €3.10 each month and when you rent a bike, the first 30 minutes are free and each additional half hour costs €1. With electric bikes, the first 30 minutes cost €1 and each additional half hour costs €2. You can also buy a one-day pass for €5 or a 7-day pass for €15. There are many cycle paths and bus lanes where bicycles are also allowed. In addition, there are a number of services that allow you to calculate and plan a bike route. We recommend you the Velib’ and Citymapper apps.

Paris is a very beautiful city, we recommend you to walk when the weather is good (or not), it will allow you to stretch your legs while being amazed!

All the procedures can be found on the website of the Ministry of Foreign Affairs (website translated into English, Arabic, German, Spanish and Ukrainian):

For more information on this subject, you can also contact Allô Service Public by dialling 3939 (free service). The informants who answer you belong to the Ministry of the Interior.

The service is available at the following times:

Please note: the service does not have access to the personal files of users and therefore cannot provide information on their status.

At the time of writing this guide, the Covid restrictions have all been dropped, leaving room for “life as it was”. Nevertheless, if the situation should change, all official information for France can be found on this website  https://www.gouvernement.fr/info-coronavirus (only in FR).

If you have children, many free schools from nursery school to the end of secondary school are also located in Paris and among the neighboring municipalities.

This is the official website from the Ministry of Education: https://www.education.gouv.fr/annuaire

For French higher education, it is complicated to access the open system because applications must be made via a specific recruitment platform and you are not certain to be admitted. Some private institutions are easier to access but are very expensive. It is better to be an exchange student or an Erasmus student to access higher education in France because otherwise, it is quite complex if you are not a native speaker and you did not study in France. But here are the procedures:

A foreigner who enters France to take up paid employment must have a work permit. However, access to the job market in France is regulated according to the situation of the person, check the steps to follow according to your personal status here: https://www.service-public.fr/particuliers/vosdroits/F2728?lang=en

As an expat, one of the most promising ways to get a job in France is to apply to temporary employment agencies throughout the city and on the internet:

You can also browse jobs posted on professional social networks such as LinkedIn.

Another method used in France when one is a job seeker is to use the services of the Pôle Emploi. Indeed, the national employment service is also open to foreigners under certain conditions. If you come from a member country of the European Union or the European Economic Area, registration will simply require an identity document. On the other hand, for expatriates coming from a country outside the EU or EEA, you will need to present a residence permit or a long-stay visa.

You can also check job offers on recruitment sites such as Indeed or via Facebook ads posted on specific groups :

When you arrive in such a busy city with so much to do and see, you sometimes don’t know what to do and be overwhelmed by it. But some sites or Facebook groups can help you meet people, find people who share your situation or have shared it and who are now able to guide you or find events taking place in real-time in the City of light.

What is your name = Comment vous appelez-vous?
How are you = Comment allez-vous?
Would you repeat please? = Pouvez-vous répéter s’il-vous-plaît?
How much does it cost ? = Combien cela coûte?
May I pay by card? = Puis-je payer par carte?
What time is it? = Quelle heure est-il?
Can you show me the way? = Pouvez-vous m’indiquer le chemin?
Where are the toilets? = Où sont les toilettes?
Where are the fittings room? = Où sont les cabines d’essayage?
May I help you? = Puis-je vous aider?
Could you help me, please? = Pourriez-vous m’aider, s’il vous plaît?