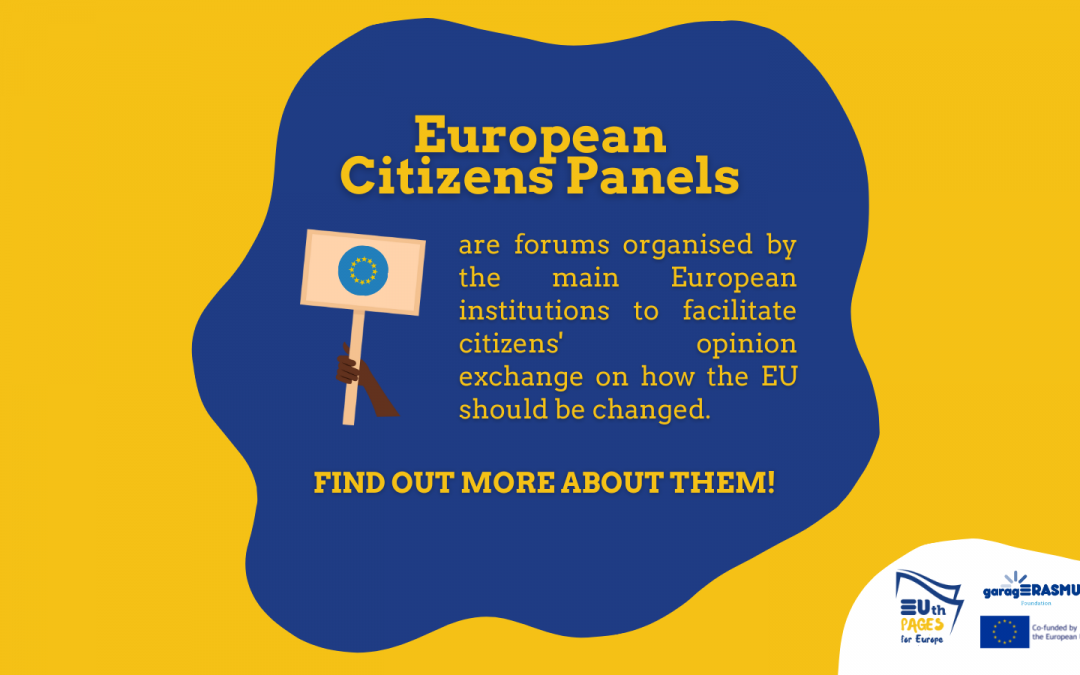 The European Citizens Panels, in detail:

Its composition has been chosen randomly to ensure that they are representative of the EU’s diversity, in terms of geographic origin, gender, age, socioeconomic background and level of education. A total of 200 members compose each panel, equally gender balanced, especially crafted to take youngsters’ opinion: people between 16 and 25 make up one-third of each panel.

Panels should discuss all the contributions gathered in the Digital Platform of the Conference, and their recommendations are set to be discussed in the plenary sessions, providing input to the Conference to follow-up on. Its conclusions will be added into the Conference’s Final Report, with 20 Representatives from each European Citizens’ Panel taking part in the Plenary, where they have the opportunity to present the outcome of their debates and discuss the future European challenges with other participants.

All in all, 4 series of panels will cover different topics and provide space for a bottom-up discussion will be held during three consecutive days;

The first series will be held in Strasbourg during four consecutive weekends, from 17 September until 17 October 2021, and it will be followed by a second one of panels held online. The third and last one will take place in many cities all across Europe between December 2021 and January 2022.

Do you want to be engaged and contribute to the Conference?
Check it here and start shaping the EU!