The first European Citizens’ Panels in a nutshell

by garagerasmus | Oct 6, 2021 | Conference on the Future of Europe, EUth Pages for Europe | 0 comments 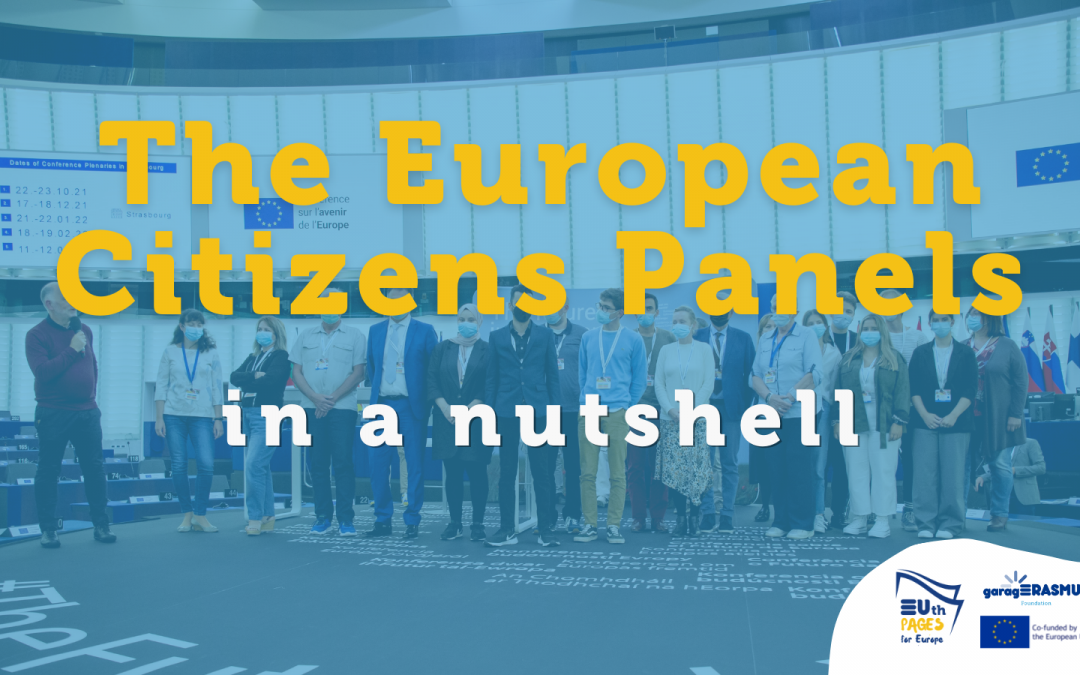 The first two European Citizens’ Panel took place in the European Parliament in Strasbourg. Both panels gathered approximately 400 Europeans on 17-19 September and 24-26 September to discuss on “Economy,  Social Justice, Jobs/Education, Youth, Culture, and Digital Transformation”, as well as “European Democracy/Values and Rights, Rule of Law and Security”.

Among all issues, participants discussed specifically on the importance of sharing correct information on the EU, as well as the need to make the Institutions closer to the Europeans. According to participants, reducing gaps between Institutions and citizens would positively impact the old continent, both at national and supranational level. In particular, the second panel discussed the importance to equally consider the experiences, traditions and organization of other countries. But there is more: the discussion moved on to gender equality and social inclusion.

⏭️ What’s next? The next two panels will be held in the following weeks, and they will focus on “Climate change, environment and health” and “EU in the world and Migration”. The first session of each panel will be held in Strasbourg the second online, and the third one in European institutes in other European cities (Dublin, Florence, Warsaw and Maastricht), in full respect of the applicable health and safety measures. The first two panels will present and debate their recommendations at the Conference Plenary in December 2021, while the third and the fourth will do so in January 2022.

By the final session of the Panels, these 800 citizens will formulate recommendations, which will be presented and discussed within the Conference Plenary. 20 citizens selected from each panel will deliberate jointly with the representatives of the EU institutions and advisory bodies, national Parliaments, social partners, civil society and other stakeholders – all as full members of the Conference Plenary. After these recommendations have been presented by and discussed with citizens, the Plenary will on a consensual basis put forward proposals to the Executive Board, who will draw up a report in full collaboration and full transparency with the Plenary. The three institutions – the European Parliament, the Council of the EU, and the European Commission – have undertaken to examine swiftly how to follow up effectively on this report, each within their own sphere of competences and in accordance with the EU Treaties.

As shown, the conference on the future of Europe is divided into several meetings, events and discussions that cover different issues. These initiatives are the core of Europeans’ political participation, and are allowing people from different countries to directly confront several issues from different perspectives.