THE IYE-LABS Final Conference marks the end of the project 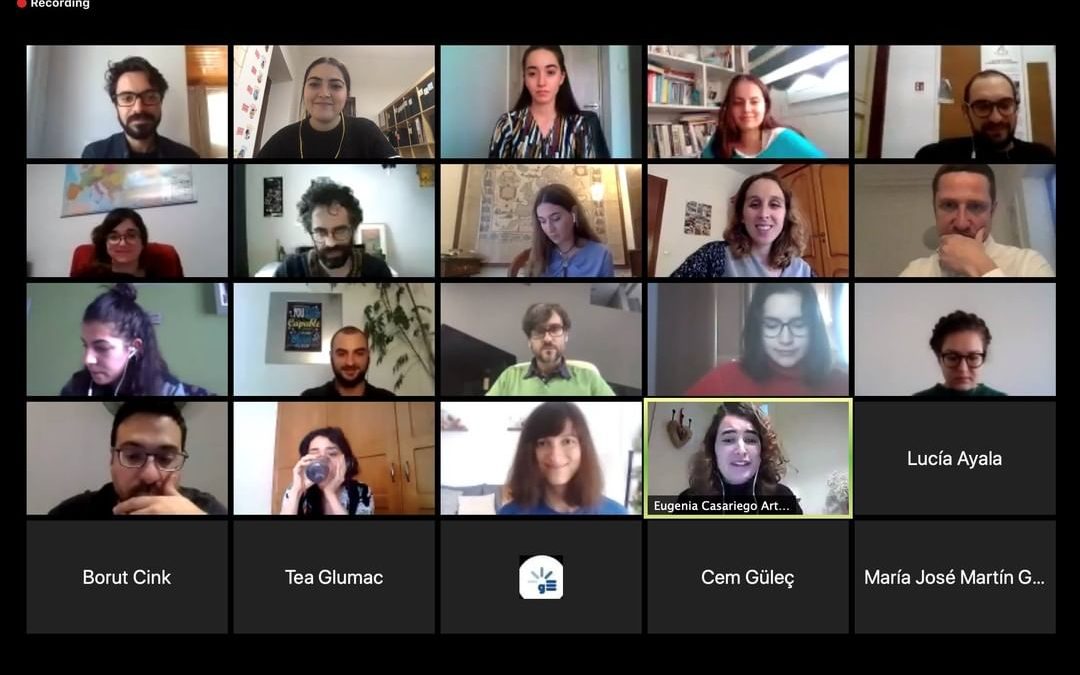 The event was originally foreseen to take place in Córdoba (Spain), where its leading organisation Xul Foundation is based, but finally it had to be held online due to COVID-19 restrictions all over Europe.

Over 65 people took part in the IYE-LABs project Final Conference on 15 December 2020. Under the title “Volunteering in times of a pandemic: IYE-LABs experience flattening the curve & future steps”, this online event presented the results of the project to other organisations working in the volunteering for the social inclusion and youth fields –at the local, national, European and international levels- and policy & decision-makers.

After a welcome speech by José Castillo, President of Fundación Xul (Córdoba), the first panel addressed how our project enabled youngsters to acquire the necessary knowledge and skills to undertake social volunteering projects through training activities, intercultural dialogue and their proposals. IYE-LABs project is strongly committed to the methodology of social labs or living labs for the promotion of youth participation in civil society organizations and in the political matters that concern them. A challenge for the future, to continue working to reach more socially disadvantaged young people. Driven by Camilla Smorra, project officer at garagErasmus, IYE-LABS project coordinators presented the final results of the project, the way it was adapted to deal with mobility restrictions during its implementation phase and the project’s ideas sustainability after the Erasmus+ co-funded period.

According to Ana Rojas, coordinator of the project, “the greatest satisfaction is having been able to provide a transformative experience for a group of young people in 4 European cities simultaneously that changed their vision of themselves, their communities and their future forever. Listening to the testimonies of our participants is the main starting point to continue promoting this methodology among other groups of youngsters all over Europe”.

The first panel also brought us the possibility to listen to the testimonials of two participants: the young journalist Remedios Torrico –who took advantage of her experience as IYE-LABs volunteer in Córdoba (Spain) to have an experience abroad at the InCo Association in Trento (Italy)- and Aleyna, a young participant from Fethiye (Turkey). We could also watch the recorded video testimonial of María López, from Spain. “The IYE-LABS has made me realise about how important activism is to change things for the better”, María stated. Some other IYE-LABs participants also attended the Conference.

The short break – which included a participative dynamic powered by Marko Paunovic (Out of the Box International)- was followed by the second panel of the event: participants split in four different rooms, where they held four parallel discussions in four different languages (English, Spanish, Italian and Turkish). This innovative session was a good opportunity to exchange views on volunteering between IYE-LABs participants and people who were not directly involved into the project in their national languages & English.

During the third panel, moderated by garagErasmus Youth Trainer & Facilitator Eugenia Casariego, IYE-Watchers had the opportunity to present the project results (Carlos Moreno, from PVE) and its policy proposal (Marko Paunovic, Out of the Box International. Hereafter, Gabriella Civico (Director of the Centre for European Volunteering) and Michalis Moschovakis (Policy Officer at the Youth, Volunteer Solidarity and Traineeships Office of the Directorate-General for Education, Youth, Sport and Culture of the European Commission), highlighted the importance that volunteering projects play building better societies in Europe, especially in such a rough context as the Corona crisis, which made us redraw our way to implement the IYE-LABs methodology.

Finally, we received the congratulations of the MEP Niklas Neinass (Greens/EFA Group, CULT Committe), who also presented us all the recent news about the new European Solidarity Corps (ESC) for the 2021-2027 period and its benefits for projects such as ours, which will contribute to face youth challenges in the years to come, such as the ones we already tried to address at a local level. Last but not least José Castillo, President of Xul Foundation, who thanked all the participants and organisers and draw some conclusions of the project implementation, especially placing value on our efforts to develop the project after the COVID-19 outbreak & the opportunities to replicate it with new actors and scenarios.

IYE-LABs partners would like to express their gratitude to everyone who made this final event possible, and also to all the people who took part in all the phases of the project. 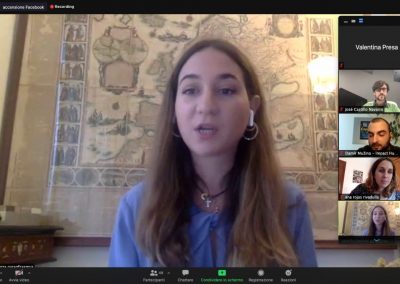 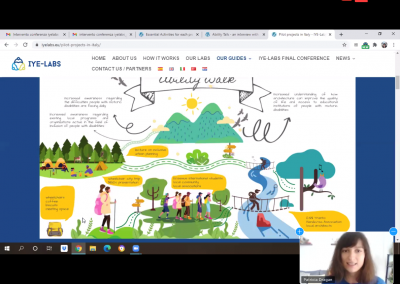 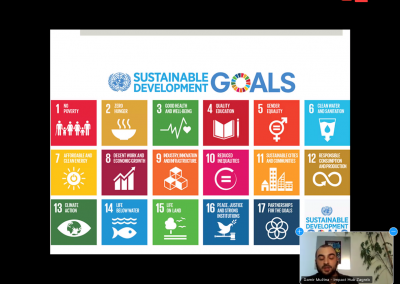 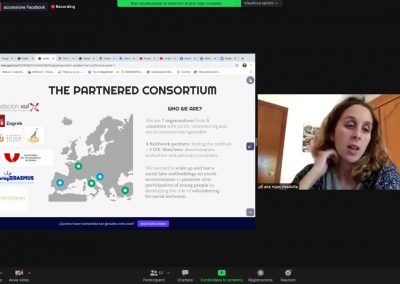 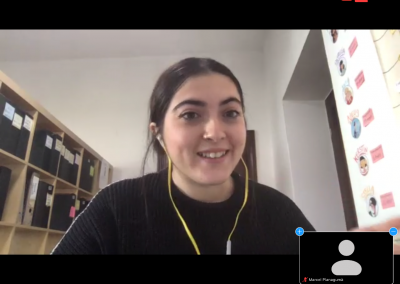 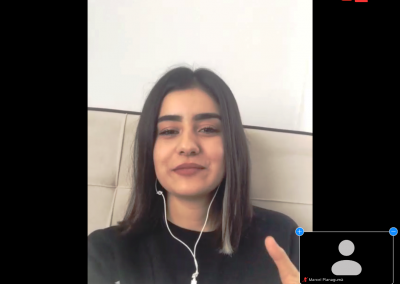 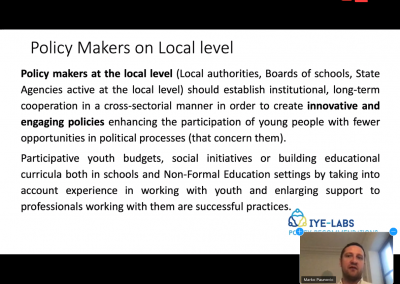 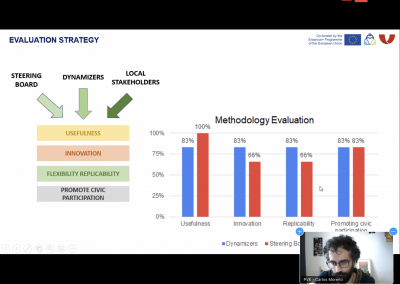 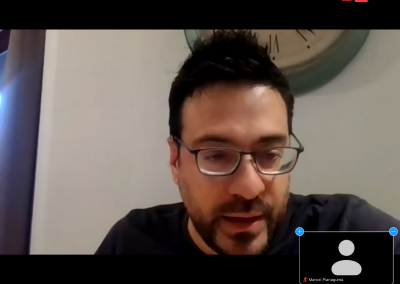 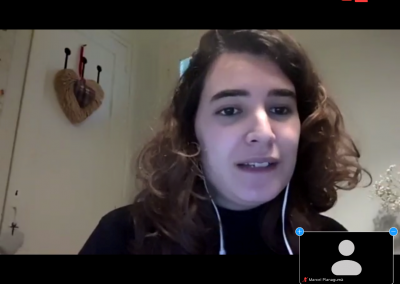 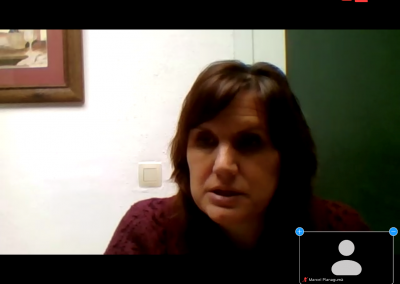 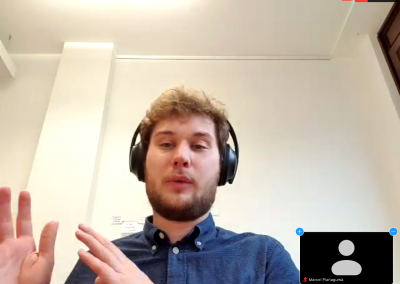 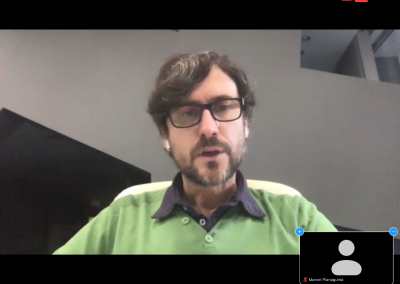