Truth and Justice for Giulio Regeni – a European battle! 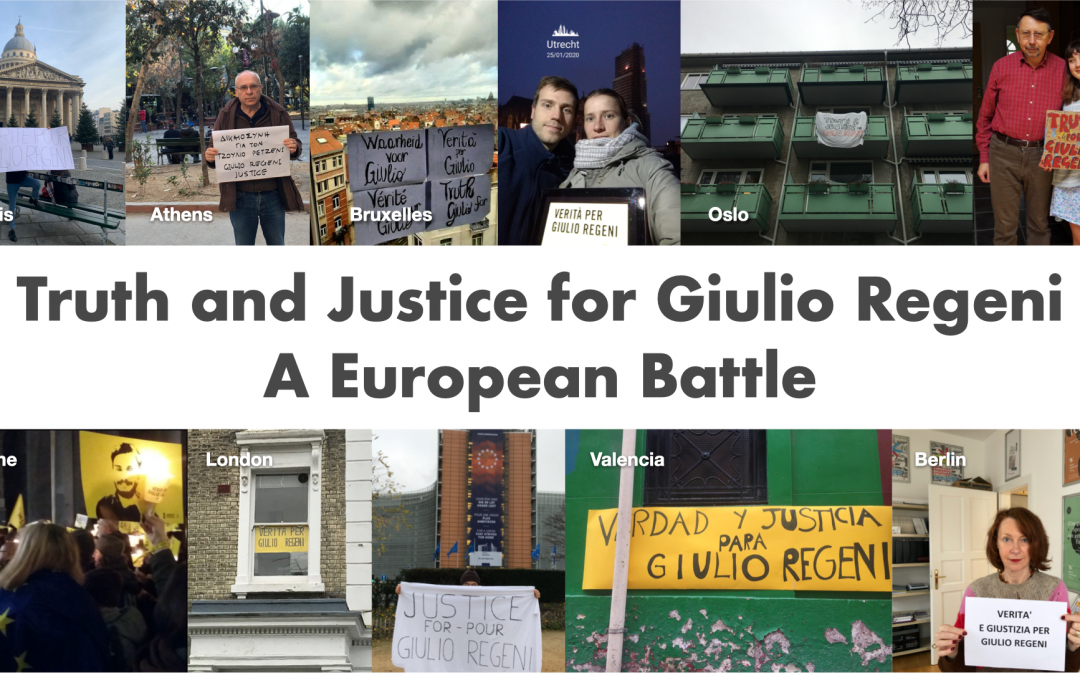 garagErasmus Foundation supports the campaign conducted by EuropaNOW to raise awareness and fight for justice in Giulio Regeni’s case. Giulio Regeni was an Italian Cambridge University graduate researching on Egypt’s independent trade unions. Four years ago he was abducted and murdered in Cairo. He represents just one of the many victims of grave human rights abuse. A reality that the European Union and its citizens should be aware of and never stop fighting!

Five years have passed since the young Italian researcher from the University of Cambridge was abducted in Cairo, and tortured to death. His body was found in a ditch along the road to Alexandria. His mother only recognised him from “the tip of his nose”. Throughout Europe, it is our duty to ask for truth and justice for Giulio Regeni.

Because Giulio Regeni was a European citizen. Because the memory of the tragedies of the 20th century and the respect of human rights are the foundations of our Union. Because we cannot accept that a young researcher is tortured and murdered with impunity. Because we cannot tolerate the countless red herrings set by the Al-Sisi regime, including the execution of five innocent people falsely accused of being the perpetrators of the murder.

In December 2020, after a lengthy investigation in which it appeared that Giulio Regeni was “tortured for days with blades and sticks”, the judges of the public prosecutor’s office of Rome have requested the trial of four Egyptian security agents, one of them a general and three colonels. They are suspected of abduction, assault and murder, but the Cairo authorities, who have always refused to collaborate, deny any involvement.

Egyptian President Abdel Fatah Al-Sisi counts on the passage of time and on the business interest shared with European countries to make people forget what prosecutors in Rome have called a “state murder”, perpetrated by the paranoid and ruthless apparatus of a regime that all non-partisan NGOs consider to be one of the most authoritarian in the world.

The more they try to cover up the case, the more we will be called upon to shed a light onto it. We owe it to Giulio Regeni and his family. We owe it also to all the victims of the Egyptian dictatorship who, when they survive, repeat as a mantra “kulluna Giulio Regeni” – we are all Giulio Regeni.

All European citizens need to mobilise and demand that their national and European MPs put pressure on the Egyptian government. Enough with words: the time for true European solidarity has come. Like every year, on 25 January, the day of Giulio Regeni’s abduction, we will take to the streets with Amnesty International to demand justice for the young researcher.

EuropaNow! invites not only European citizens, but also all the cities of the EU to hang on their balconies banners, posters or any other means of showing support, in any language, demanding “Truth and justice for Giulio Regeni”. Take part in our campaign: send us your photo at info@europanow.eu.